Zeroshell is a small open-source Linux distribution for servers and embedded systems that aims to provide network services Its administration relies on a web-based graphical interface.

Zeroshell is a Linux based distribution  dedicated to the implementation of router and firewall appliances completely administrable via  web interface. Zeroshell is available for x86/x86-64 platforms and ARM based devices such as Raspberry Pi.

An unauthenticated command injection vulnerability exists in ZeroShell 3.9.0 in the

URL. As sudo is configured to execute bin without a password (NOPASSWD) it is possible to run root commands using the “checkpoint” tar options.

Some of the exploits found in the wild are :

As one can see the vulnerable

URL is set to NoAuthREQ and the attacker is able to inject and execute the commands to change the directory and download malicious script from the attacker controlled server. 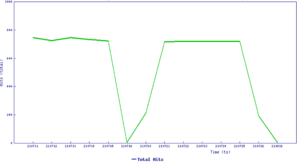 Nooa ransomware seeks out your crypto wallets and passwords