The Sonicwall Capture Labs Threats Research team have been recently tracking malware deriving from Ransomware construction kits. Xorist, is one such ransomware where a kit is provided and an attacker can configure various features such as message text, file extension of encrypted files, encryption algorithm, unlock password etc.  The attackers charge 0.8 BTC (around $4953 USD at the time of writing) for file recovery.

Upon infection, the Trojan encrypts files on the system and appends the following file extension to their filenames:

It places the following file in every directory containing encrypted files:

HOW TO DECRYPT FILES.txt contains the following message:

We were able to obtain a copy of the construction kit.  Ironically we also obtained a copy that was infected with the very same ransomware.  The user interface contains various customization options: 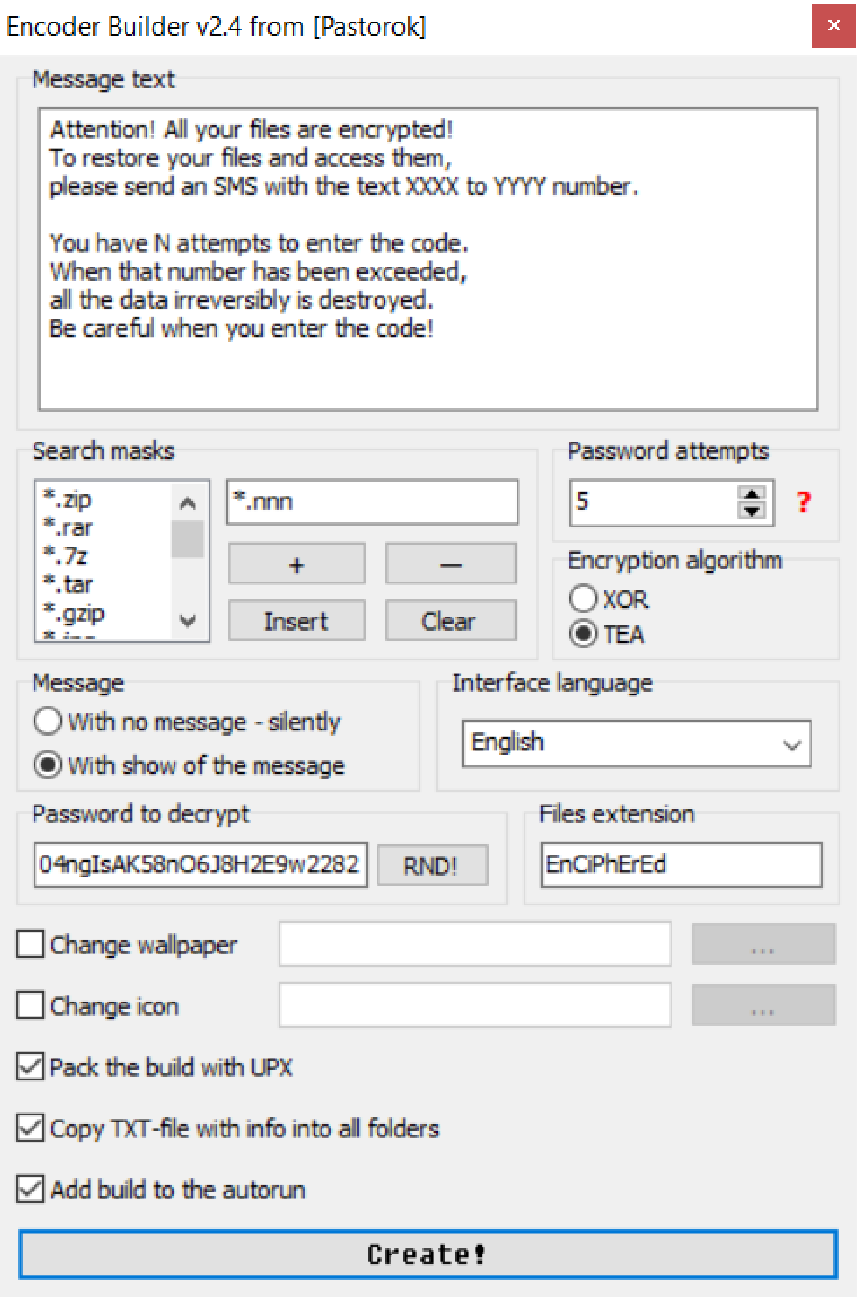 The bitcoin address (3KxEZKjS4ifAHhX2o1fq9tERkAshSgA4hg) appears to have collected some funds from prior victims:

We reached out to repair_data@scryptmail.com and received the following reply.   Although 0.8 BTC is stated in the ransom note, the file recovery fee appears to be negotiable.  The deadline however, is tight: 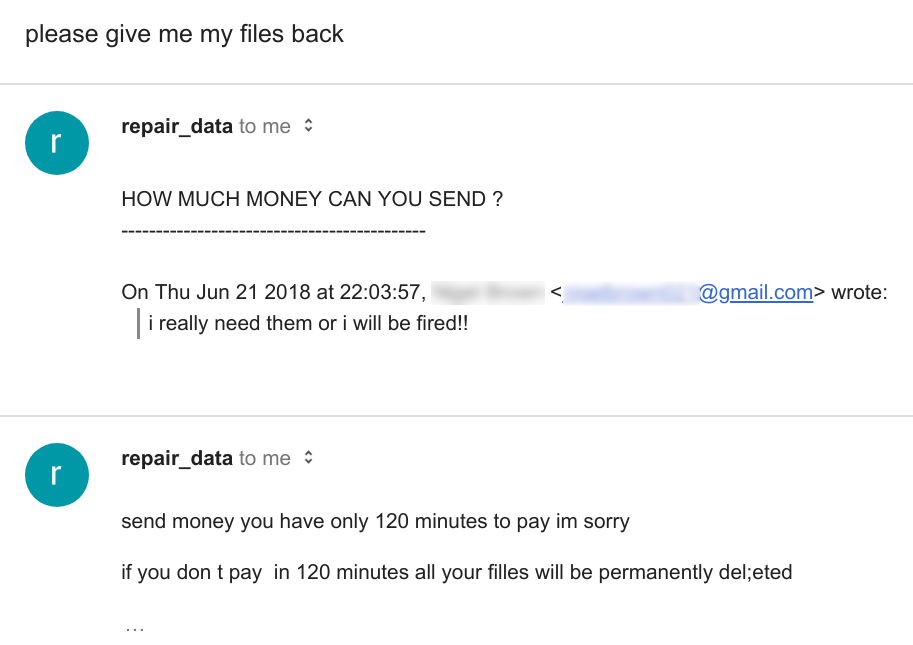 RTF exploits in the wild
Scroll to top