The Android banker malware – Marcher has been active since late 2013. It started as a stealer for Google Play credentials and credit card data but its goals and targets have shifted over time. SonicWall Threats Research team observed an instance of Marcher with a new notification screen on an infected device which shows signs of a potential new component to its functionality.

As stated earlier, Marcher has been active since late 2013 and has been part of a number of campaigns in different countries. Marcher continues to evolve from the days of its inception, below are few additions that have been observed over the years:

The permissions requested by marcher have been more or less the same:

Once installed and executed the app vanishes from the app drawer but there are three services which keep running in the background on the infected device: 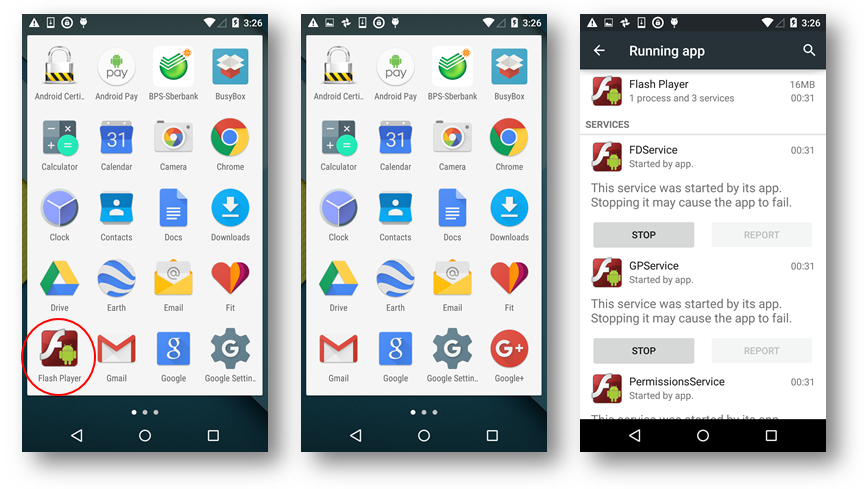 These services perform the following activities:

There are few receivers in the app which constantly monitor for few key events, once these events occur a specific action is performed. Most of the behavior is similar to older Marcher apps apart from one specific action:

Traditionally Android marcher samples have requested for device admin privileges. One of the main reasons malware request for this permission is to make it difficult for victims to remove the app from the device as the uninstall button gets greyed out in the settings. This new instance of Marcher takes this up a notch by threatening the victim that the phone will be reset to factory setting if the device admin rights are revoked. This forces the victim to think twice before uninstalling the app.

Revoking the admin rights does not reset the device in this case as it is just a bluff. However the screen which requests for admin rights keeps popping up thereby making it extremely annoying to use the device. Upon examination we saw an xml file named device_admin_new.xml which contains the strings that are seen in the screen mentioned above. Most of the older Marcher samples do not have this file, they just have the file named device_admin.xml 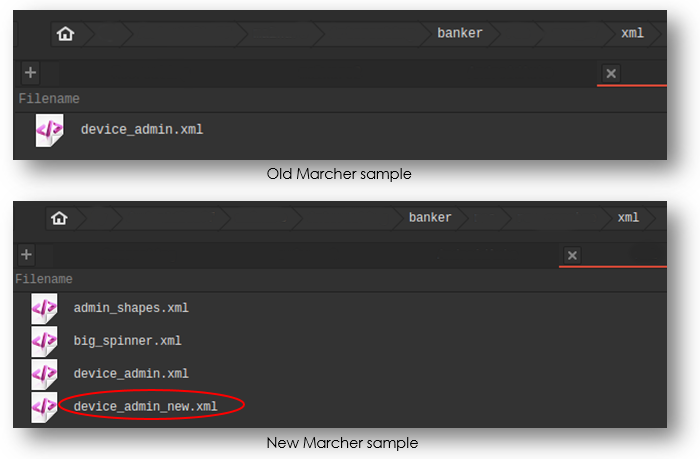 We said “most of the older” samples in the statement above as we did find few old samples with the same file device_admin_new.xml, however we did not see the same screen when we tried to remove the device administrator rights:

It looks like this feature was planned but never implemented till now, the worrying bit is the content displayed which states that the phone would be reset to factory state. It is possible that in the near future we see Marcher samples that are actually capable of resetting the device. Currently Marcher is know for stealing user sensitive data from an infected device but the capability of resetting a device will add a destructive force to Marcher.

SonicWall provides protection against multiple variants of this threat via the signatures below:

Marcher samples that have device_admin_new.xml but do not show the same behavior:

The following banks are targeted in the analyzed app: