Redosdru.V Malware that hides in encrypted DLL files to avoid detection by Firewalls

The Dell Sonicwall Threats Research team observed reports of a New Malware family named GAV: Redosdru.V actively spreading in the wild. This time attackers used a dropper to download the original Malware that hides in encrypted DLL files to avoid detection by Firewalls.

The Malware adds the following files to the system:

The Trojan adds the following keys to the Windows registry to ensure persistence upon reboot:

Once the computer is compromised, the malware copies its own files to AppPatch folder.

The Malware tries to download encrypted DLL file from its own C&C server from following domain:

Here is an example of encrypted DLL file:

Redosdru.V performs communication over 9925 and 60321 ports. The malware sends your system information to its own C&C server via following format, here is an example:

We have been monitoring varying hits over the past few days for the signature that blocks this threat: 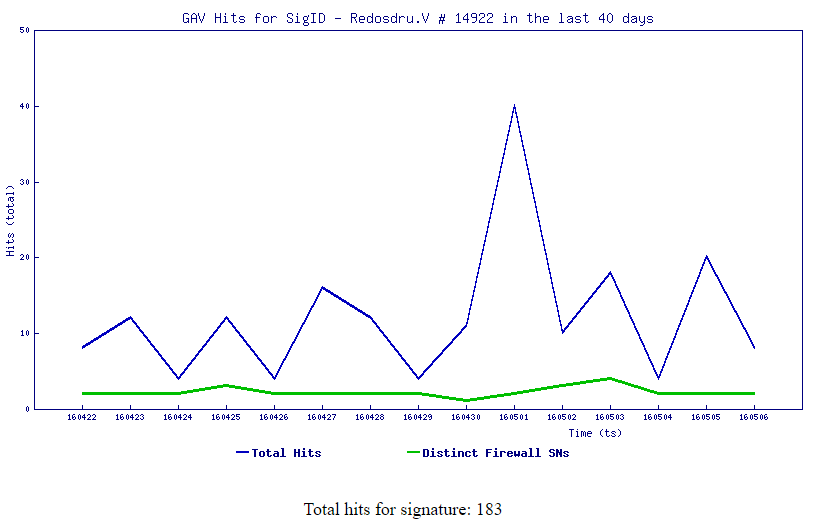