The PDF file is not detected by any security vendors on the popular threat intelligence sharing portal VirusTotal, at the time of writing this blog indicates its spreading potential. The PDF file is available on VirusTotal from 13 December, 2019: 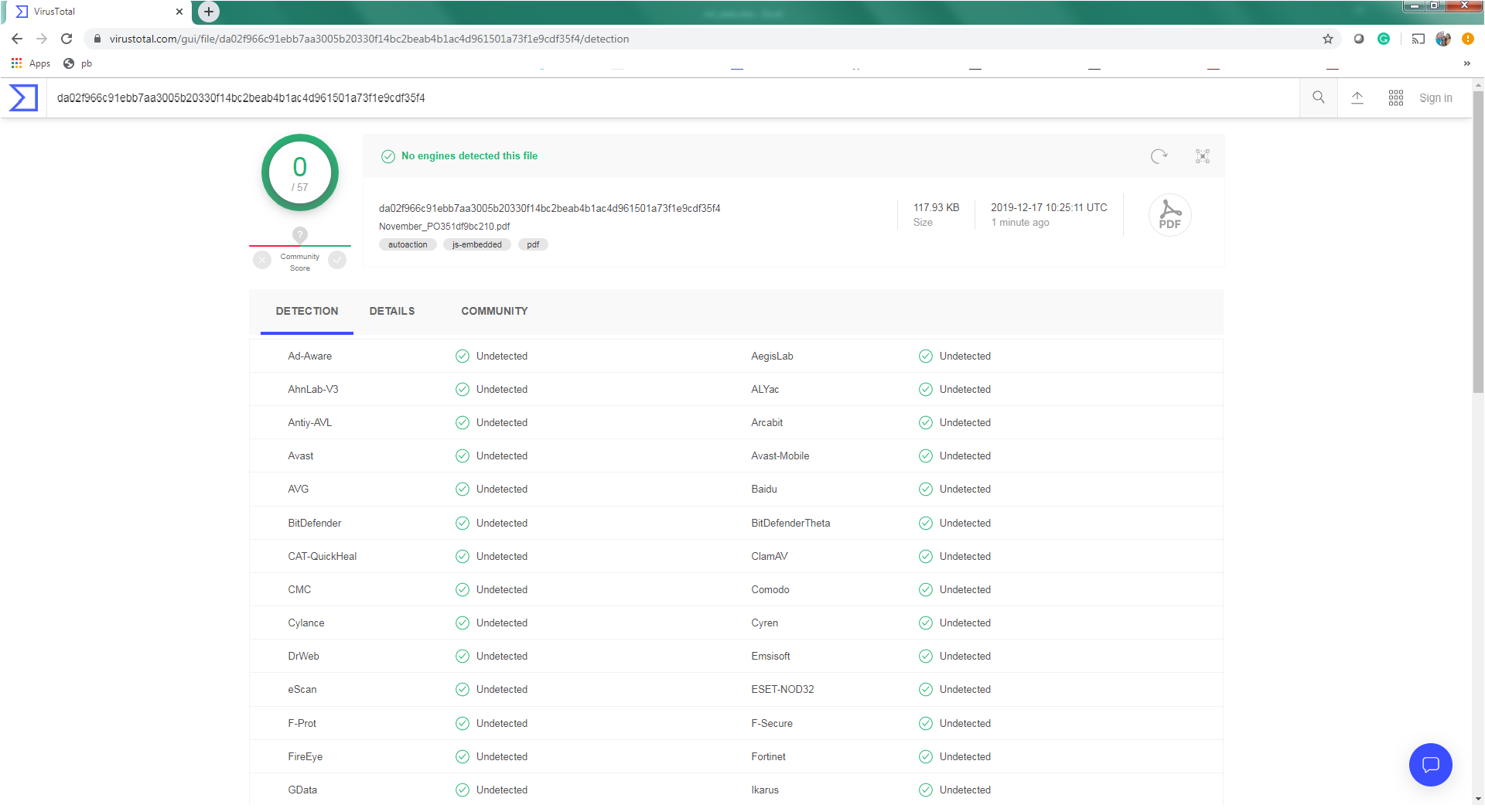 The PDF file has an image displaying a message ‘Browser not supported’ and shows steps to open the invoice file.

The PDF file has a JavaScript, which invokes “launchURL” API which uses MS-Office URI scheme “ms-excel:” to run remote MS Excel file. MS Excel filename resembles itself as an invoice, to disguise the user. 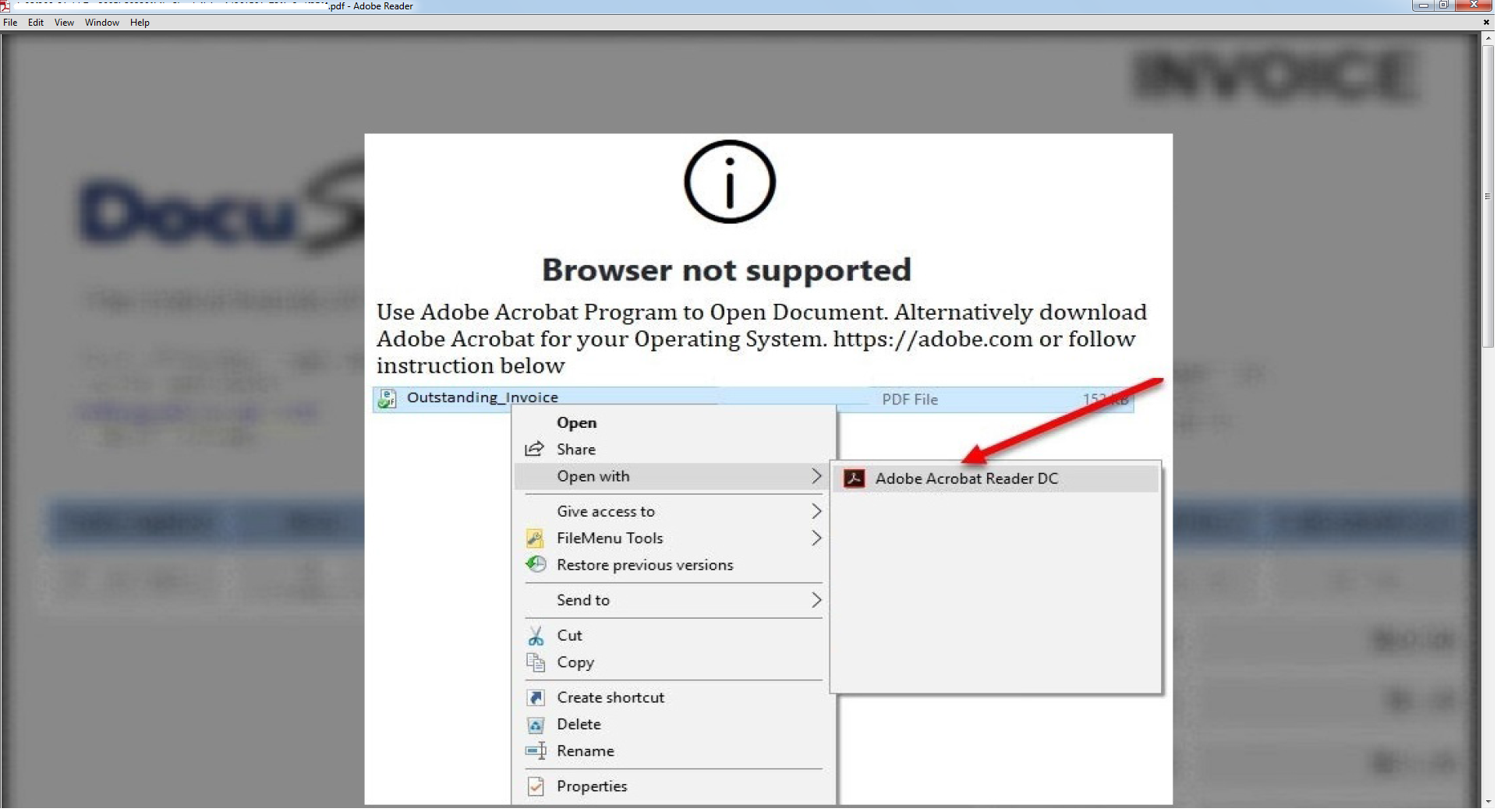 The MS Excel file has a macro which takes the hidden command from Tag attribute of user form and executes the command, which downloads and executes an XML file containing malicious VBScript. After this, it will prompt a message “An attempt was made to load a program with an incorrect format. Document will now EXIT and Open in Default.” and terminates using “Application.Quit”. The above message is displayed to mislead the user, to think that the MS Excel file has not executed. The above XML file is downloaded with a misleading file extension as “.jpg”. 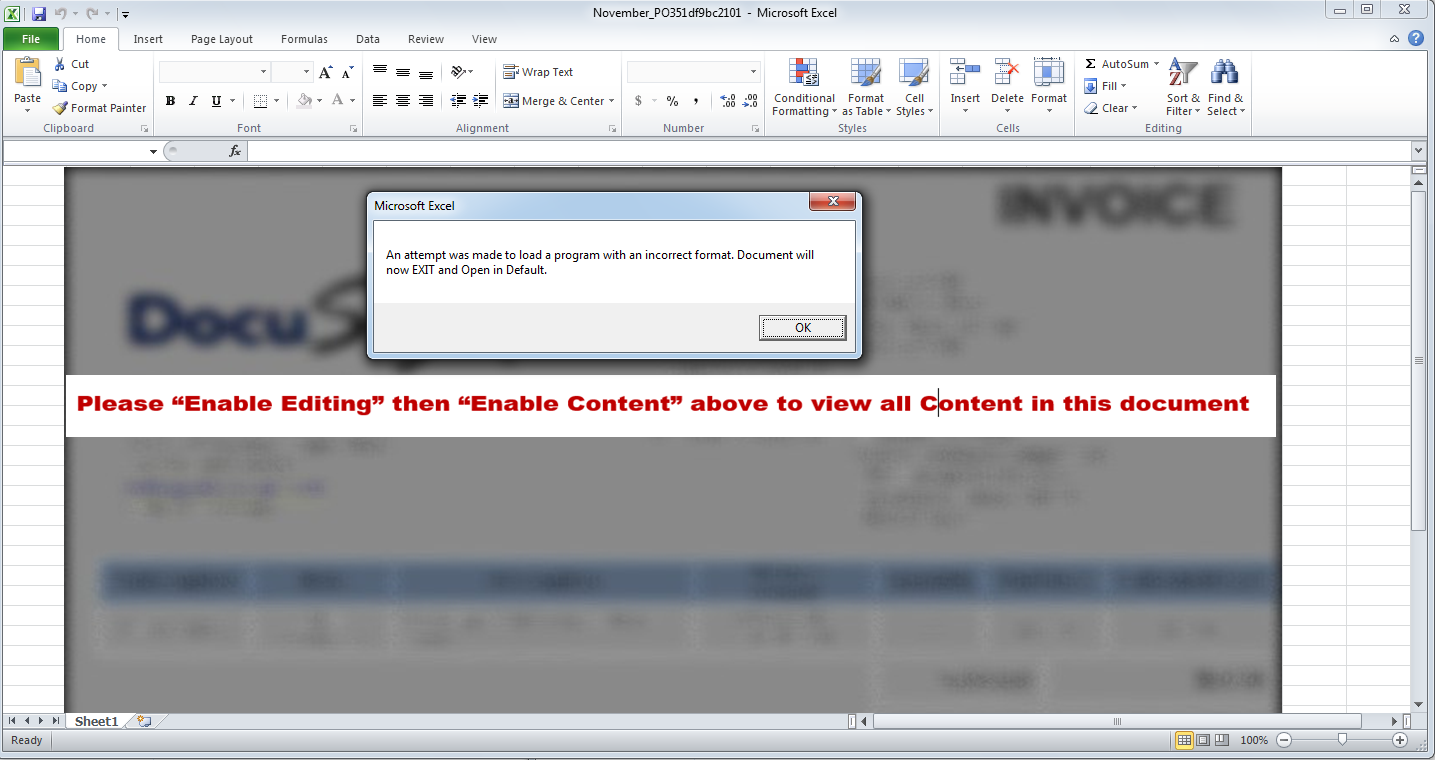 The XML file contains embedded VBScript which invokes PowerShell. The PowerShell script downloads an executable file and executes it from %LOCALAPPDATA%.

Both XML and executable files are hosted with ‘jpg’ extension. The executable is a self-extracting PE file with an icon of an image to imitate it as an image file. We have observed that the malware author tries to gain user’s trust at every stage using simple tricks like hosting file on dropbox, using MS-Office URI scheme, imitate as invoice document, showing fake messages and downloading malicious components with image file extensions. 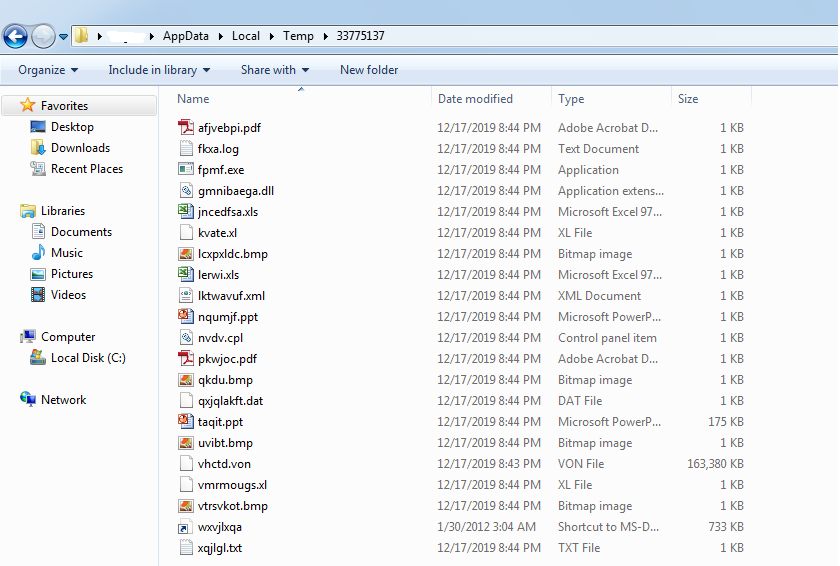 LALALA InfoStealer which comes with Batch and PowerShell scripting combo