Microsoft to Phase Out Internet Explorer 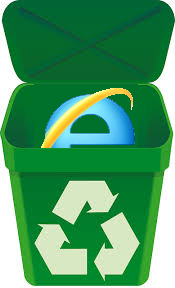 This week Microsoft announced the plan to retire Internet Explorer. The replacement, code named “Spartan”, will ship with Windows 10. We would like to share Dell SonicWALL’s views form a security perspective. Remember the days before Office 2007 was released, the Office proprietary file formats used to associate with many format-related vulnerabilities. Then Microsoft introduced new file formats called “Office Open XML” and Office 2007 was the first version that supports them. The new design of Office 2007 along with Office Open XML significantly brought down the number of vulnerabilities (related to Office file parsing) and we praise Microsoft for making this happen. Over past few years a lot of “Internet Explorer Memory Corruption” vulnerabilities were discovered and patched. These vulnerabilities led to many exploits and Microsoft cannot get rid of them. If Microsoft really wants to address concerns with previous version of the browser they should build something from scratch (with security in mind) rather than just do some re-branding. Like what Microsoft did to Office, we hope Microsoft makes the new browser as solid and integrated. Microsoft, please don’t let us down.
Upatre used for political spam campaign (Mar 19, 2015)