SonicWall Threat Research Lab has recently observed a huge spike in detection for the XML-RPC remote code injection. ~100,000 hits observed in the last few days attempting to exploit ~3000 servers behind the SonicWall Firewalls. All these attacks originate from the IP address <96.68.165.185> targeting servers in different countries.

XML-RPC is a remote procedure call (RPC) protocol which uses XML to encode its calls and HTTP as a transport mechanism. It allows software running on different operating systems and running in different environments to make procedure calls over the Internet. XML-RPC also refers to the use of XML for remote procedure call. It’s written in PHP, also known as PHPXMLRPC. WordPress, Drupal & many other open source content management systems support XML-RPC.

XML-RPC for PHP is affected by a remote code-injection vulnerability. Pear XML_RPC version 1.3.0 and earlier and PHP XMLRPC version 1.1 and earlier, are vulnerable to PHP remote code injection. The XML parser will pass the data in XML elements to PHP eval() without sanitizing the user input. Lack of parameter filtering allows a remote attacker to execute arbitrary code in the context of the web server.

The attacker sends the below XML data in the HTTP POST to the vulnerable server. The XML element <name> contains the PHP command injection. XML-RPC will pass the XML elements to PHP eval() without validating the user input. Upon execution, PHP command drops a malicious script to the tmp directory & modifies the file permission to allow execution.

The uploaded malicious php can be a backdoor. It allows the  attacker to execute malicious shell commands by sending a GET request to http:///evil.php?cmd=id.

XML-RPC is also widely being used in brute force attacks to gain access to a website.  If you don’t need XML-RPC, it’s wise to disable it.  If you would like to continue using XML-RPC, add more security by turning on only certain elements of XML-RPC. 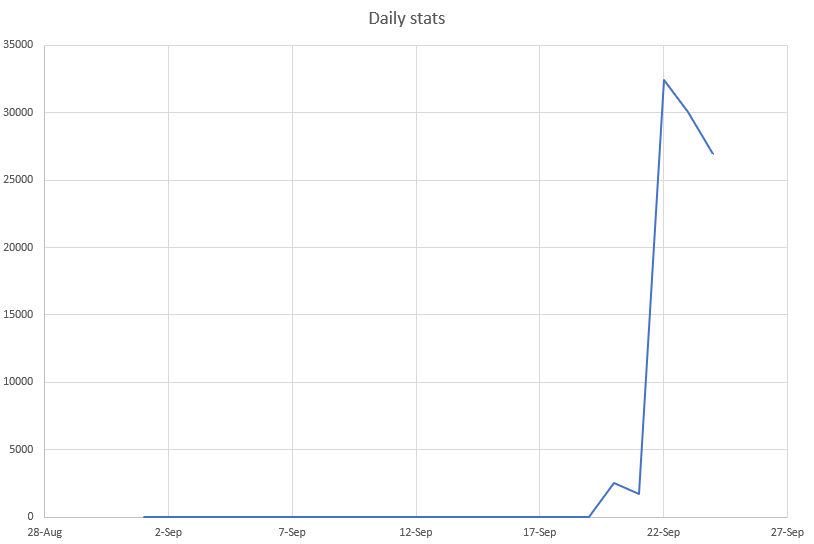 LockBkdr ransomware spotted in the wild.
Scroll to top