It makes the following changes to the registry to ensure execution upon reboot:

The Malware begins execution in the following order:

The next time system reboots the flow will begin from aatd.bat which is triggered into execution from the Registry Run key:

Mail Password Decryptor is a free tool to recover passwords from email clients. As listed by the author it supports password recovery from:

The followiing passwords were captured from our Browsers and Mail Clients when the sample was being analyzed, this file would then be sent to the attacker: 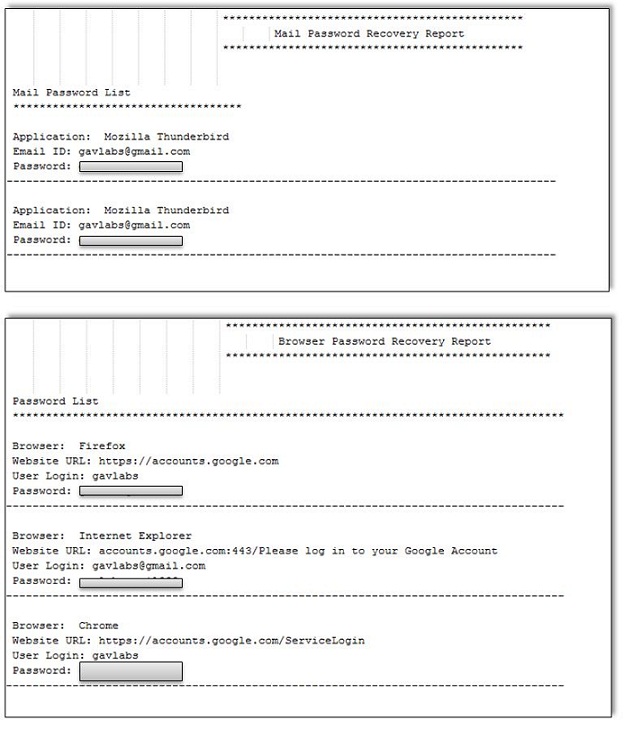 The passwords stored by the Malware are transferred to the attacker via ftp to ftp.freehostia.com. Credentials and commands for the ftp file transfer are stored in the bms.klm file but during our analysis they did not work indicating that they have been changed.

Dell SonicWALL Gateway AntiVirus provides protection against these threats with the following signatures: