SonicWall Threats Research Team observed reports of a new Android malware on the rounds. This malware spies on the infected device and shows custom overlays over applications to steal credentials.

Among the permissions requested by the app, few permissions can potentially access sensitive data:

Upon execution, the malware requests for Accessibility Services. It keeps requesting for this permission until the user grants it: 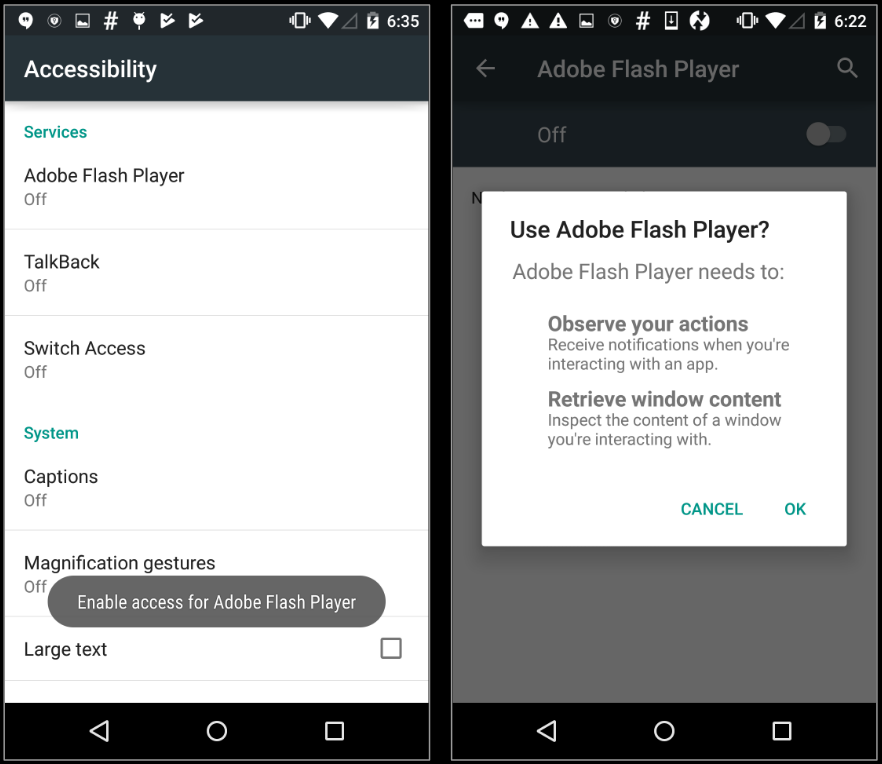 In the background the malware communicates with the server at 64.44.51.107 which is currently not active. As a result only one-sided communication was observed during our analysis where the malware kept sending messages to the server.

This malware informs the server about the functions it executes via POST messages. The function executed is included as a parameter, following are some examples:

Static analysis of this malware is impeded by presence of a large amount of garbage code: 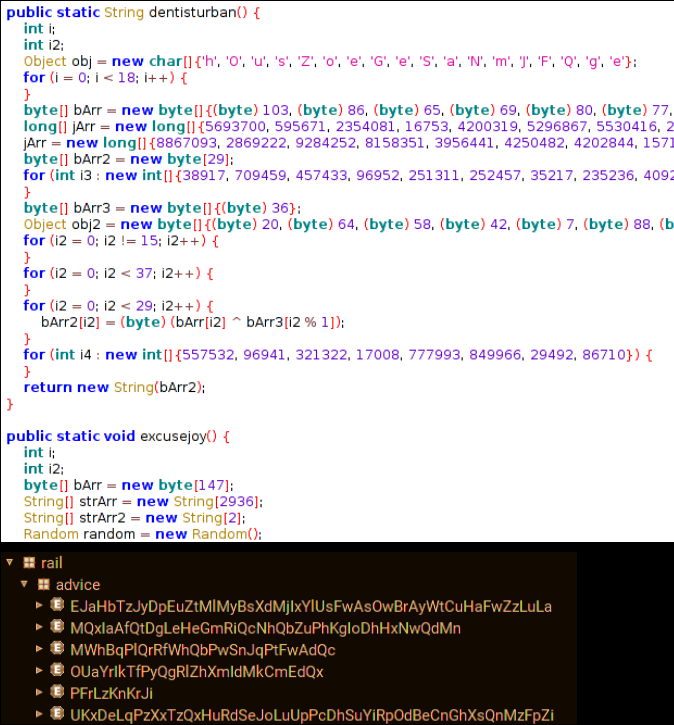 VirusTotal graph shows multiple connected malicious apps that communicate with the same server. These apps have functionality similar to the malicious app being analyzed :

A number of hard-coded functions are visible in the code which can be triggered via remote commands from the server: 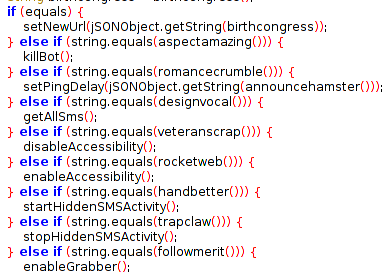 Overall this malware attempts to steal sensitive information from the infected device by displaying overlays.

Apache Solr vulnerabilities bound to be attacked
Scroll to top