The SonicWall Capture Labs Threat Research Team have recently come across malware that appears to be targeting the Minecraft gaming community.  Rather than encrypting files and holding them ransom for a fee, the aim of the malware is to simply delete files from the system without any possibility of recovery.

The origin of the file is an attachment hosted on discordapp.com:

The link is still live at the time of writing.

Upon execution the malware iterates through files on the system and overwrites them with the following text file: 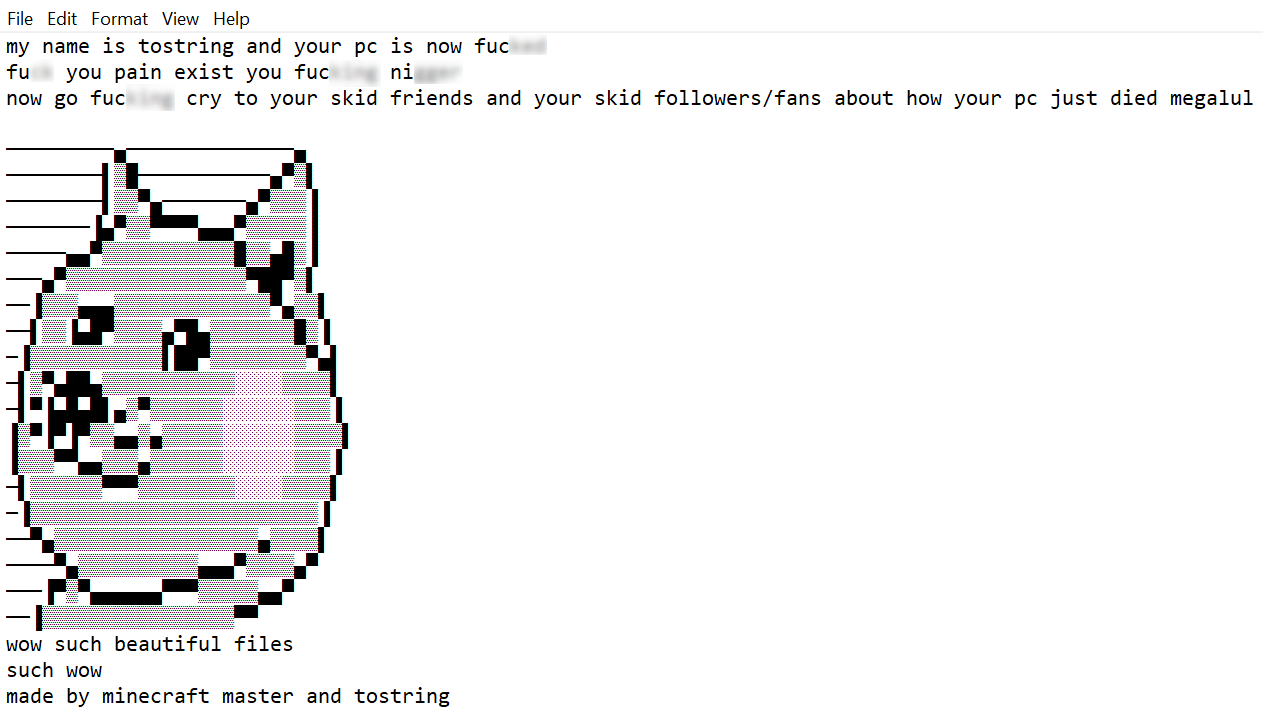 It creates %SystemDrive%\memes\Idiot.exe [Detected as: GAV: Johnnie.HT (Trojan)] and executes it.

Idiot.exe downloads a gif file from the following link:

It then causes the following windows to pop up in a random fashion showing the gif above of an animated figure dancing in celebration:

The text file leads one to believe that the malware is aimed at a particular group of people in the Minecraft gaming community.  Strings for “Minecraft” can also be seen throughout the executable file: