The SonicWall Capture Labs threat research team have observed reports of new ransomware named Exorcist.  It is reported to have surfaced over the past week on an underground Russian forum using the ransomware-as-a-service (RaaS) model with 30% commission retained by the creator.  The initial cost of file retrieval is $500 USD (in Bitcoin) but, increases by a factor of 3 if payment is not made within 48 hours.

Upon infection, files on the system are encrypted and given a random six character ([A-Z][a-z]) extension eg. “.GyQUfe”.  The following image is displayed on the desktop background: The malware drops the following files onto the system:

d.bmp contains the image that is displayed on the desktop background. 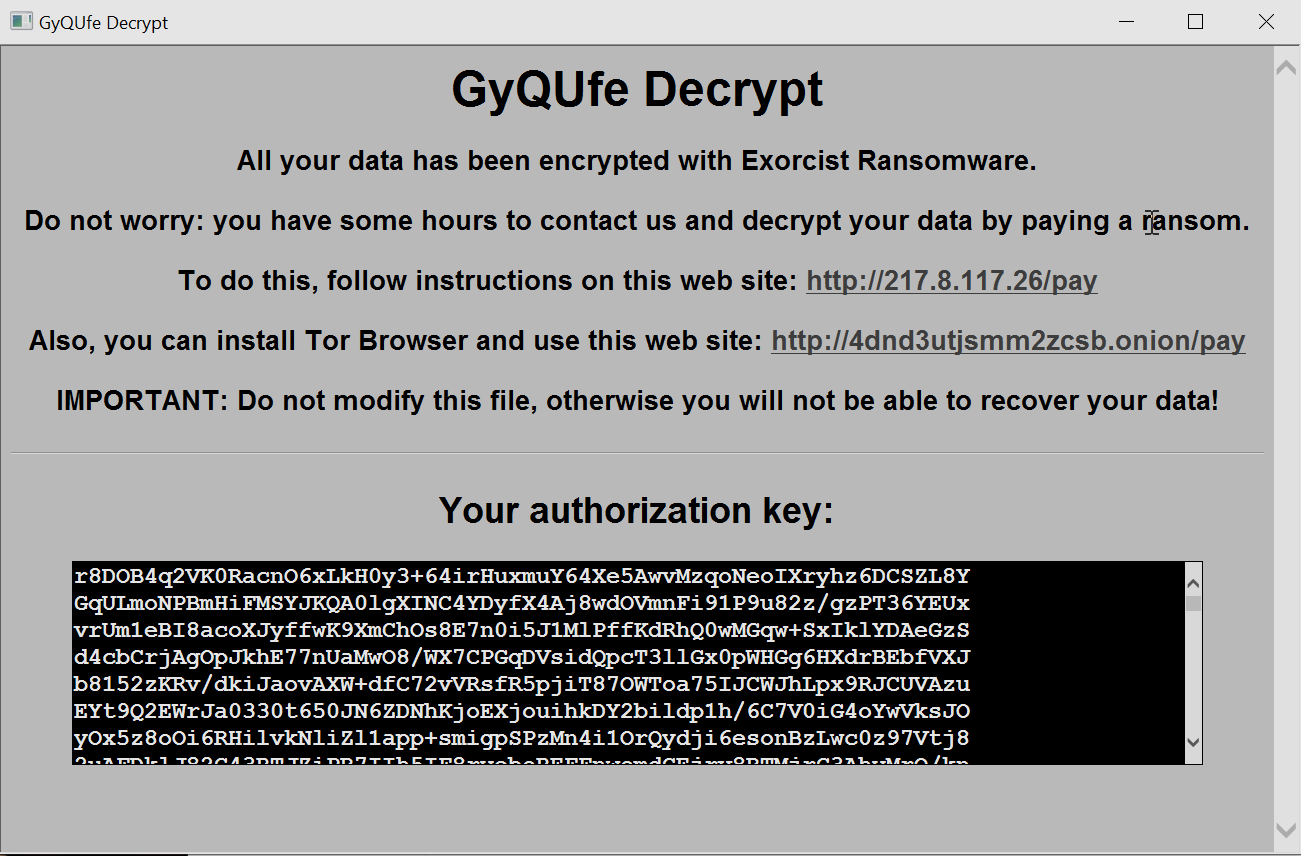 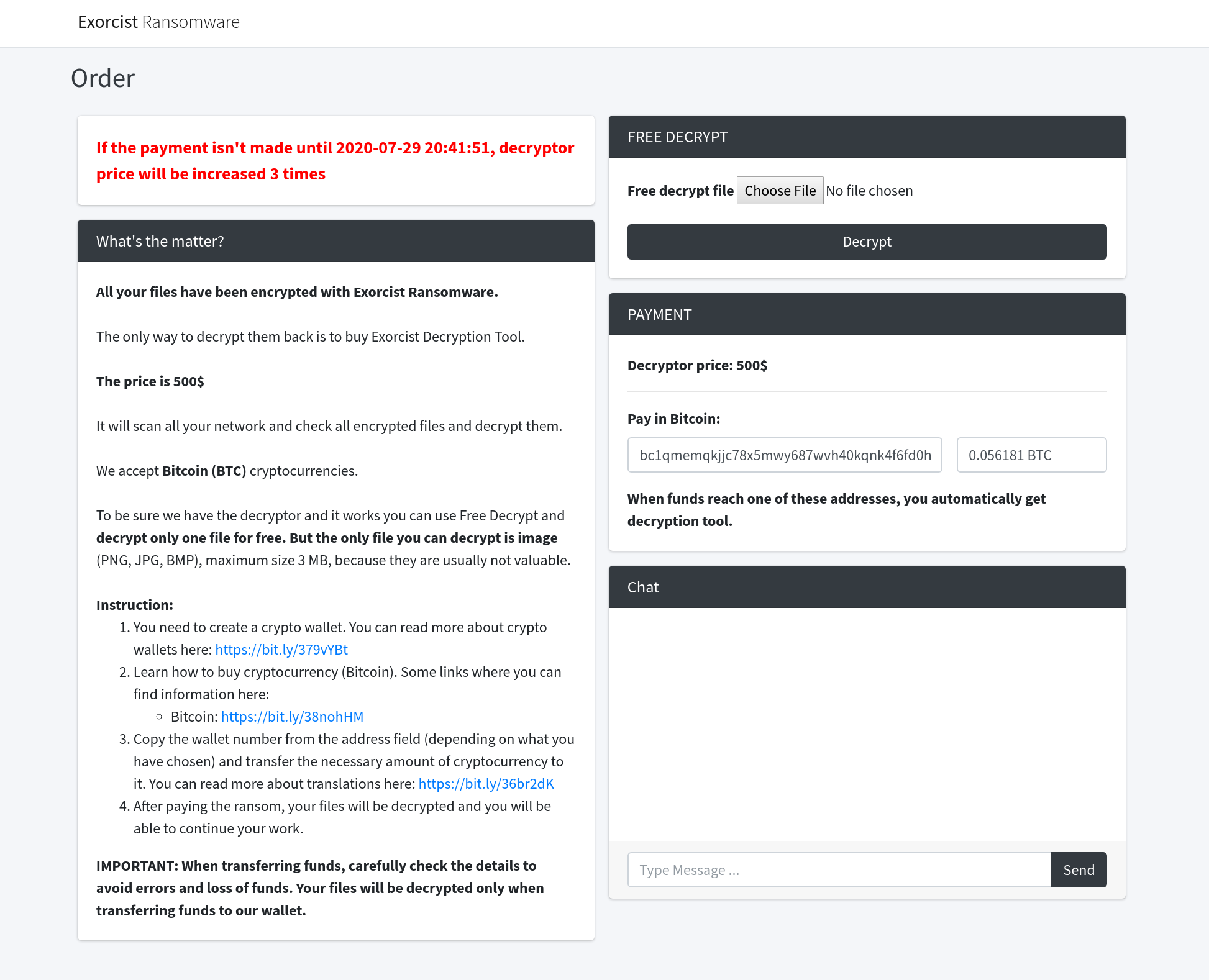 The infection is reported to the same webserver (217.8.117.26) along with encrypted information: It also contains a list of processes to kill so that any related important files are no longer held exclusively open by such processes and can thus be encrypted: Before infection, the malware performs a check to avoid encrypting systems in CIS (Commonwealth of Independent States) countries: The malware states that the ransom fee will be tripled if payment is not made on time.  We confirmed this after checking back a few days later: