About an year ago Microsoft announced the plan to retire Internet Explorer. The new browser, Microsoft Edge, is now the default browser in Windows 10. Previously we have published a SonicAlert reporting this change.

Edge has many security improvements. It does not support legacy technologies such as ActiveX and Browser Helper Objects. The new layout engine, EdgeHTML, is a fork of Trident (the layout engine of Internet Explorer) that has removed all legacy code of older versions of Internet Explorer. EdgeHTML is meant to be fully compatible with the WebKit (the layout engine used by Google Chrome). Does Edge outperform Internet Explorer form a security perspective? We tried to find some clues here. Since August 2015, Microsoft has released “Cumulative Security Update for Microsoft Edge” each month. Below is the number of total CVEs related to IE 11 and Edge in last 9 months:

Below is the number of critical CVEs related to IE 11 and Edge in last 9 months:

Over past years Microsoft has lost market share in web browser (source:StatCounter) and we think one of the reasons is that Internet Explorer is more prone to vulnerabilities. 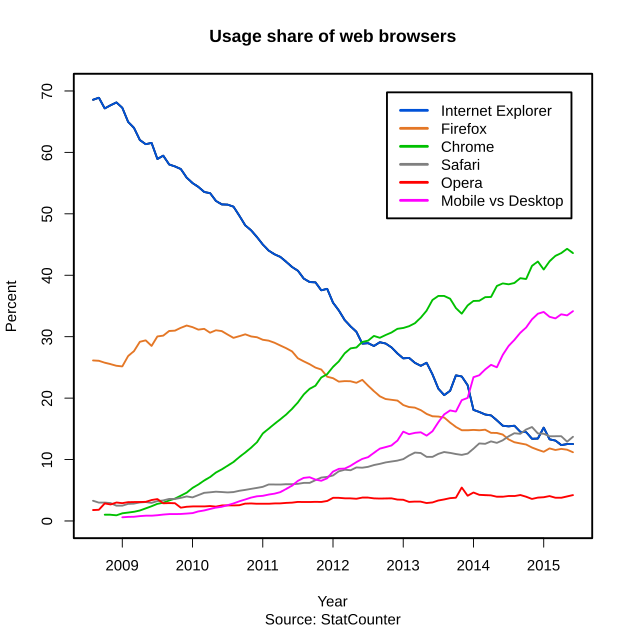 Microsoft is taking right direction on improving security in Edge. We hope Microsoft keeps this effort that one day Edge will become a solid and integrated product.
Click-fraud Trojan deletes files and impairs systems (April 29th, 2016)