An issue was discovered in D-Link DIR-806 devices. There is command injection in function hnap_main, which calls system() without checking the parameter that can be controlled by user, and finally allows remote attackers to execute arbitrary shell commands with a special HTTP header.
While this vulnerability is a couple years old, SonicWall Capture Labs threat research team recently spotted attacks exploiting this vulnerability in the wild.

D-Link DIR-806 Devices Command Injection| CVE-2019-10891
A command injection vulnerability exists in D-Link routers.
Following are some exploits in the wild. The Home Network Administration Protocol(HNAP) allows querying and setting of configuration options on network devices . It is based on SOAP therefore an attacker can send HTTP POST messages with a special header Soapaction.

This header is used to download malicious payload(in this case it is wget.sh file) from an attacker controlled server. The attacker then executes the malicious script on the vulnerable device.

This vulnerability is patched. 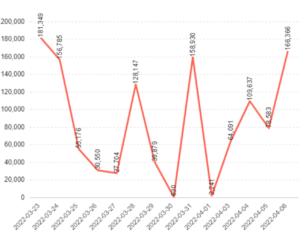 A Github repository exists for AndroSpy spyware for Android