Since the CoViD19 pandemic started, we have been seeing various malware families cashing in on the Covid scare for its distribution.
Earlier, we had also posted an alert about the families milking this pandemic.

Beware of scams in connection with COVID-19

This malware uses “Perfect DOS VGA 437 win” font to display information in Windows Forms. Thus upon execution, it ensures “Perfect DOS VGA 437 win” font is installed by first checking presence of “FONT_FILE.ttf” file in the system. A warning message with an “OK” button is displayed to the victim if the specified font is not found in the system. This warrants font installation.

Following successful installation, the victim is asked to reboot the system:

A hidden subfolder named “d0ntcl1ckh3r3_” is created in the %WINDIR% folder where following malicious component files are dropped:

Persistency is achieved by adding a run entry in the registry:

d0ntcl1ckh3r3_start_.exe is the component that gets started after reboot. It has two main functionalities. First a form is displayed as shown below which locks the victim’s screen such that the victim is not able to access any other applications: 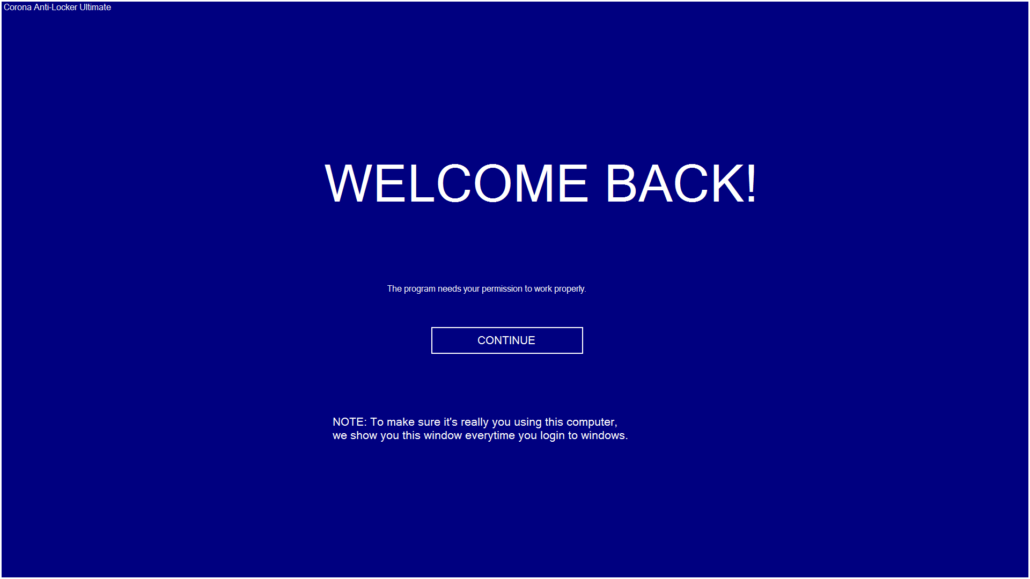 Any key press displays an information window named “Hello!” instructing the victim to click on the blue screen’s “continue” button:

The “CONTINUE” button press in the form, launches “d0ntcl1ckh3r3_main_” executable.

Below code snippet from d0ntcl1ckh3r3_start_.exe shows, any event besides the Windows shutdown which attempts to close the form is disregarded.

This threat is also detected by SonicWall Capture ATP