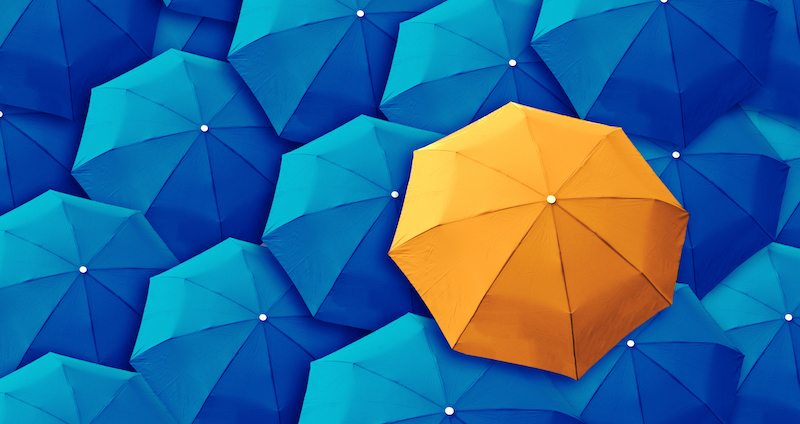 AndroidBot malware with obfuscation and multiple capabilities spreading in the wild

At the time of writing this blog, this sample is hosted on the following link:

The app requests for a number of permissions, below are a few risky ones:

Upon installation and execution the application requests for accessibility permissions, once granted the application gains the ability to execute its malicious components: 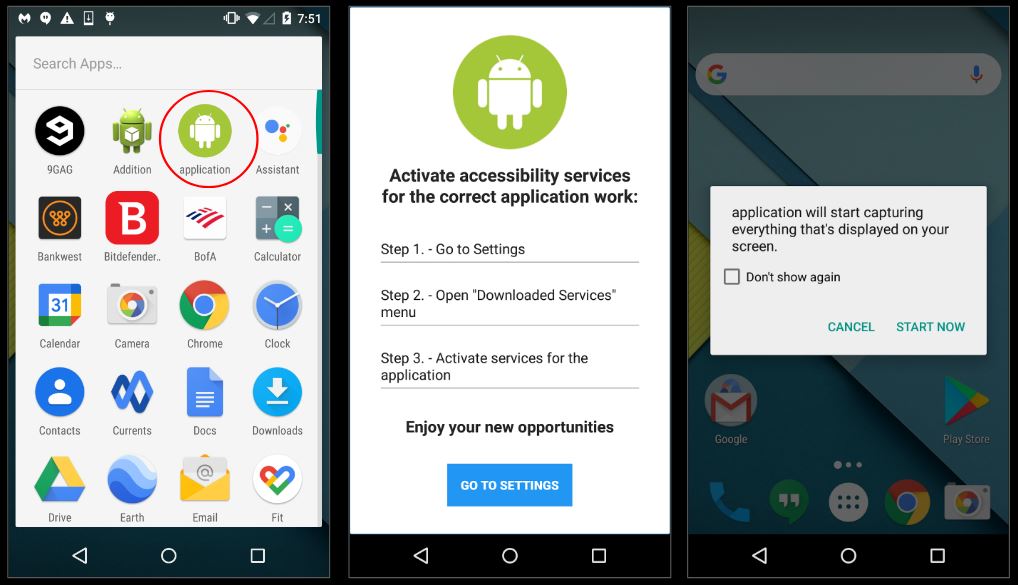 The main class listed in the Manifest.xml file is not present in the decompiled codebase: 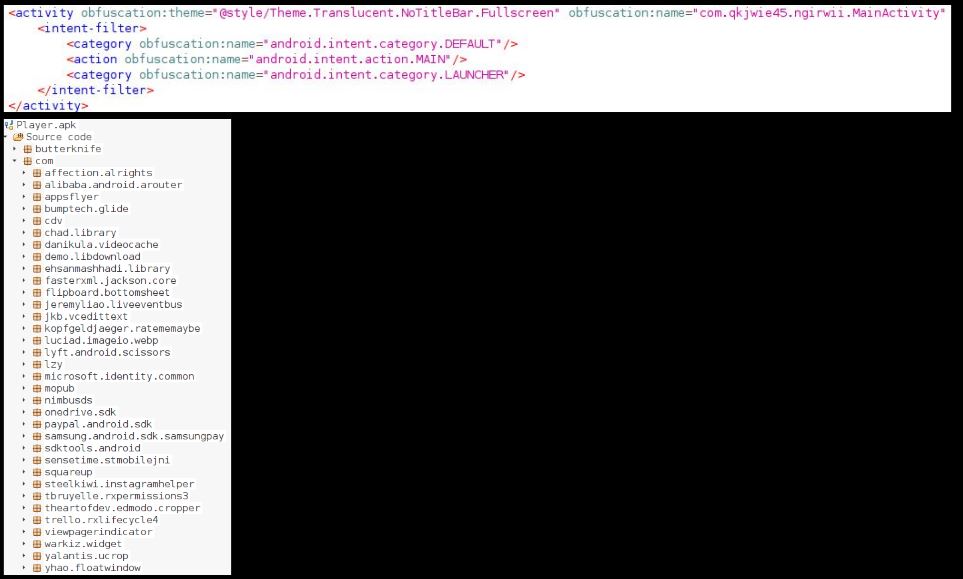 The malware drops a file – agAzJPYW.dex – during execution which is actually the dex file that contains malicious code.:

This dex file contains the main activity which is listed in the original manifest.xml file: 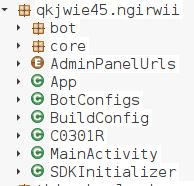 The malware obfuscates the strings present in the code to deter security researchers from analyzing the malware and automated tools from identifying suspicious strings in the code:

However, the decryption routine is also present in the code which can be used to decode the strings:

We identified several interesting bits when the strings were decoded:

This bot is capable of performing a series of malicious/dangerous actions on an infected device, some of them include:

The class BotConfigs contained an interesting string titled Admin URL. Upon deobfuscation we got the string – http://das37rwa5cyfkb7o.onion/api/mirrors. After a series of layers we ultimately obtained a login page on the link newspotheres.xyz: 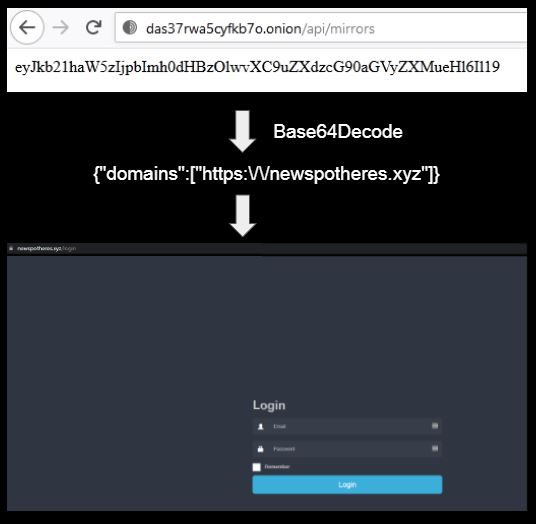 Based on the hardcoded url’s obtained in the code we created a VirusTotal Graph as shown below: 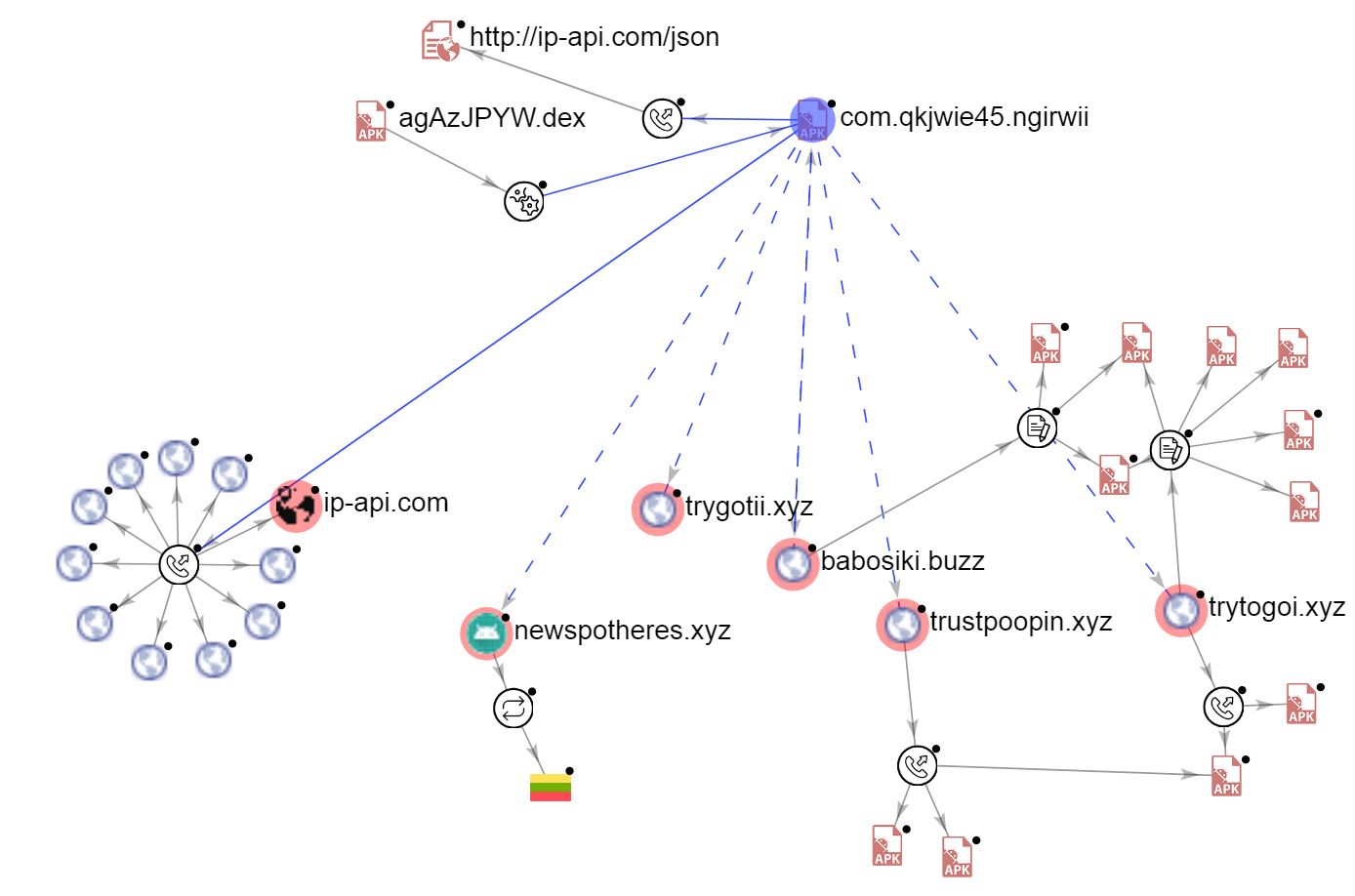 We have blacklisted the following URLs: